This year's Football Zajedno Mini Van Tour was organised at four stations in Bosnia-Herzegovina and Montenegro between end of August and October. Almost 1,000 girls and boys, coaches and parents did join our stations. 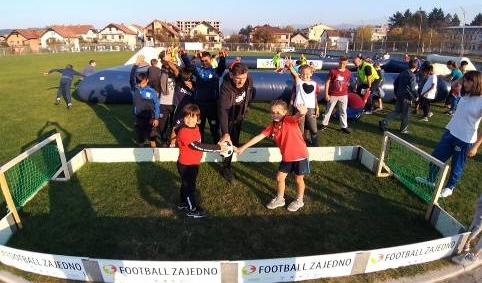 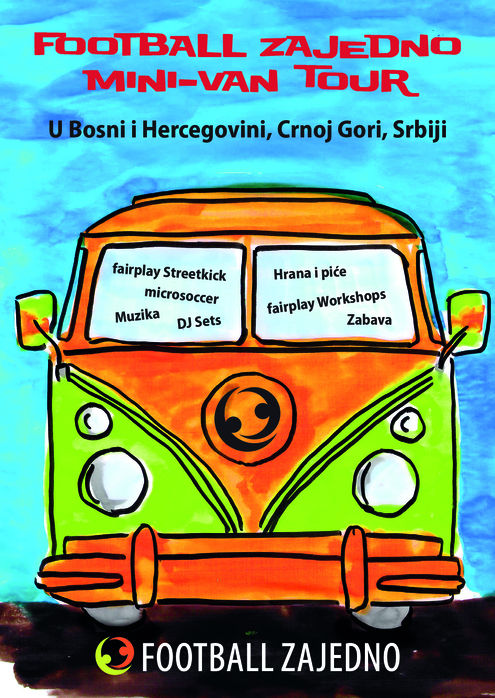 In Sarajevo, Zenica, Banja Luka and Berane, fairplay workshops, streetkick tournaments and microsoccer events were organised on the invitation of our partners in so called Mini Van Tour stations. We were a part of the Orphan Cup, the UEFA Grassroots Week and the Fare action weeks.

At each station a inflatable streetkick court, a music station, a Football Zajedno microsoccer box and fairplay workshops were installed. All Mini Van Tour stations were used to bring kids from different backgrounds together, to expand our network with coaches and clubs and in general to intense the relationship with our partners.

The Mini Van Tour is a possibility for kids, youth and coaches to get to know the project activities and to join further activities like fairplay workshops, regional tournaments, the Girls Football Festival in Vienna or the fairplay camp. Also it was a great chance to involve and introduce the trained multipliers into the field of youth work and sport and to connect them with local organisations, schools and clubs.

The Football Zajedno project is coordinated by the fairplay initiative at the VIDC with the main implementing partner BAAP and in cooperation with the football associations of Bosnia-Herzegovina, Montenegro and Serbia. Football Zajedno is co-funded through UEFA’s HatTrick programme and the Austrian Development Agency.